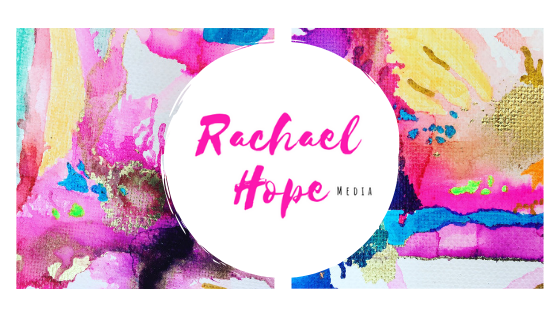 Tweetdeck vs Buffer: How Should you Schedule your Tweets?

Today I will be discussing Tweet scheduling.  Specifically whether you should schedule your Tweets using Buffer or Tweetdeck.   I won’t lie, for my personal social media, I schedule very little.  I schedule for Twitter chats and Pinterest posts (using Tailwind) but for the most part I like to go “live.”  I also choose to only engage frequently with the platforms I really like (Instagram/Twitter/Pinterest.)

However when it comes to work, if I didn’t schedule social media, I physically couldn’t keep up!  So think of this post as a friendly face off between the two scheduling interfaces!  So, how should you schedule your Tweets?

Introducing first…. from the red corner weighing in at £0s (dependent on your plan) hailing from the world wide web, supporting 4,000,000+ marketers we have BUFFER!

Introducing the challenger also weighing in at £0s (no paid plans available) also hailing from the world wide web, the most powerful Twitter tool for real-time tracking we have TWEETDECK!

LET’S GET READY TO RUUUUUUMBLE!

Scheduling content means that you can get the boring stuff out of the way whilst leaving yourself time and flexibility to actually engage with your audience.  The best and most effective part of social media, is being social!

A lot of the content I schedule at work includes relevant awareness days, events we are at in advance, our service offer and promotions.  It saves some serious mental energy reserves knowing that you are prepared with your content!

You can manage up to three of your social media platforms in one place, scheduling up to ten posts per platform.  You can also do link shortening and tracking which is helpful!  Initially the free plan offered analytics (the Buffer weekly report was AMAZING) but they have now stopped offering this.  Sad face.

Tweetdeck is not just a scheduler.  It’s a Twitter revolution baby! It began its life as an independent App, but it was so good that Twitter acquired and integrated it into their interface.  You can view multiple time lines in one place and manage multiple Twitter accounts.  Unlike Buffer which offers scheduling for multiple platforms Tweetdeck is specific to Twitter.

I have written a little bit more about how I used Tweetdeck in my previous post 5 Awesome Twitter Tips for Bloggers!  Right, I have covered a little bit of the back story for each scheduler.  Hopefully those that are not aware of either or just one will be more informed.

Buffer  is great because you can schedule content for most social media platforms in one place.  This can be extremely time saving.  Another plus with Buffer is that you can edit each post whilst they are still in the queue before they go live.   Which you can’t do with Tweetdeck!

But this isn’t about ALL platforms, this is about Twitter.  Where Tweetdeck does clearly win is with hashtags.  Allow me to explain.  If you are scheduling via Buffer you have to KNOW what hashtags to use, but with Tweetdeck pre existing hashtags appear as you start to type them.  This allows for flexibility if you want to try something new.

With Tweetdeck you can see everything else that is happening in real time through Twitter.  This enables you to keep your finger on the pulse and respond appropriately with your scheduled posts.

This feature also works really well for hosting Twitter Chats.  Find out how in my previous post!   Sorry Buffer but you just can’t compete with this feature… you are purely a scheduler after all.

Buffer is great for amending scheduled content in your posting queue.  Tweetdeck is similar to Twitter aka you can’t edit a tweet that has been posted…including a tweet you have added to your schedule with Tweetdeck.  If you notice an issue you have to copy, delete, make your amendments and reschedule.  This can be pretttttty frustrating.

If you are using Buffer and a Tweet doesn’t post correctly from your queue the first time you can find an archived version on Buffer and re post from there.  If you are using Tweetdeck and you have a posting issue…the content just disappears.  Ouch!  However from my personal experience, Buffer glitches A LOT more than Tweetdeck.  For some reason social media profiles seem to disconnect quite frequently out of the blue.  Especially LinkedIn and Instagram!

One time I had a whole weekend campaign for a client not post from Buffer.  It was awful.  Luckily I realised in time and could resolve the issue before it was too late.  Phew!  I have never had a major issue with Tweetdeck in this respect.

Tweetdeck vs Buffer: Who Wins?

Ok!  I’m sorry but when it comes to Twitter scheduling Buffer never really had a chance.  Even though Buffer wins on a lot of fronts, Tweetdeck is literally MADE for Twitter.   The good news is, all is not lost for Buffer!

Both interfaces can work in partnership to cover your WHOLE social media presence…without costing you a penny! If you are using the free plan for Buffer this is your lucky day.  If you use Tweetdeck to schedule your Twitter, this frees up space so that you can use three other platforms on Buffer!

At work I use LinkedIn, Facebook and Instagram on Buffer, holding back Twitter for Tweetdeck.  I find this interdependent relationship works really well!  For instance, hashtags aren’t so much of a big deal on Facebook and LinkedIn so the fact that you don’t have much flexibility in this area via Buffer isn’t so much of a big deal.  Obviously this is different for Twitter and Instagram – with Instagram you can go back and add up to thirty hashtags in as a separate comment once posted!

Ultimately it is up to you how or even IF you schedule in advance!  But if you have A LOT of content to plan for in advance, scheduling is the perfect solution!  I urge you to try both out for yourself and find out what works best for you.

As always if I have missed anything or you have found this post to be helpful, please leave me a comment! 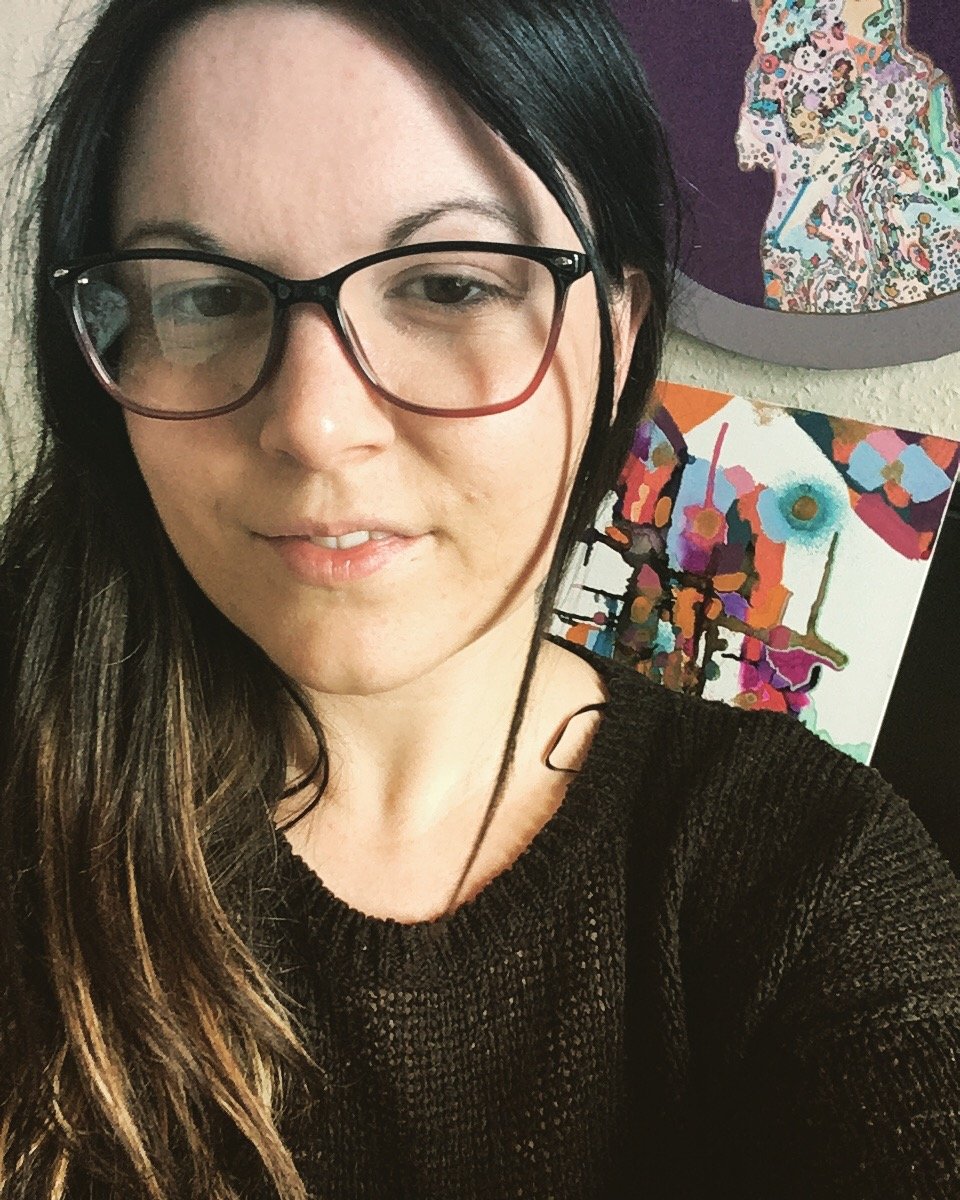 A UK based freelance writer, designer, social media geek & artist with a love for all things rasslin’ and cats. I help fellow bloggers, artists, and small businesses to prosper in the digital landscape. Expect the occasional personal development post thrown in for good measure! For further information please contact: hello@rachaelhope.co.uk

“Rach has been an incredible asset to the Useful Views Philanthropy team. Her creative and thoughtful approach to our digital content is something that makes working with her an ongoing pleasure.”

“I reached out to Rachael asking her to better our logo and better it she did!! It has only been a couple of days and I have received great feedback already!! I highly recommend her and her services if you need a logo or graphic design done!!!”

Tim King
Owner at All Everything Entertainment

“I have found Rachael to be most professional and approachable offering a high-quality service.  Rachael is talented in her line of work and demonstrates her ability with good humour,  reliability and knowledge in her craft.”

“Rachael has been an awesome support as I launched my business. Did I mention she did all this from over an ocean!? I recommend Rachael to any small business looking to boost their web presence and branding potential.”